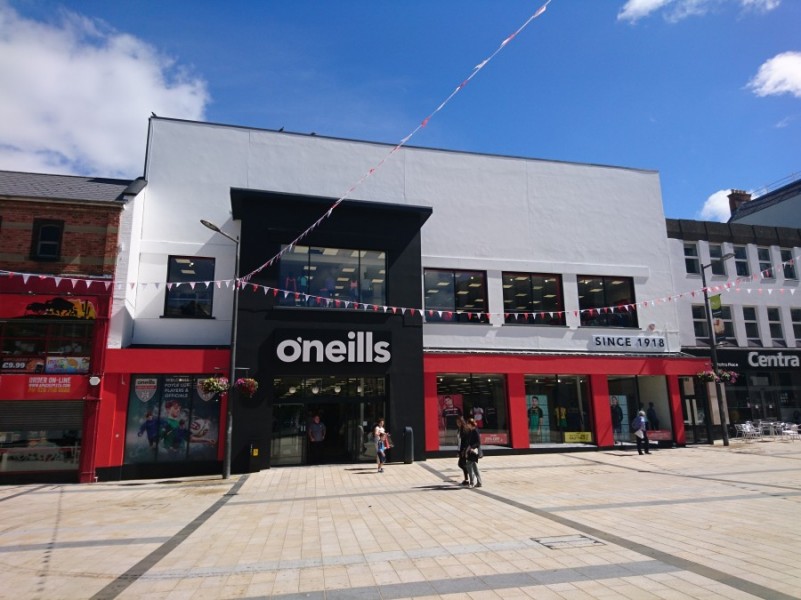 O'Neills open one of Ireland's largest sports store's in Derry

Murphy Chartered Surveyor's, one of Ireland's leading niche retail real estate agents, assisted with store identification and the commercial negotiations of the transaction.

I first met with O'Neills in July 2017, when they advised us of their plans for some new retail store locations in N Ireland.

Due to our market knowledge and contacts, within 6 months of this meeting we had secured them new premises for a flagship store on a "off market" basis.

The building which extends to some 30,000 sqft has be refurbished by the retailer, to create a key retail and leisure destinations in the city and North West of Northern Ireland.

I believe it will be a must visit location within the city going forward and be a big draw into this part of the city centre.

The company will have 7 stores in Northern Ireland, on the opening of this flagship store, which will bring some 40 jobs to the city.

This is the 100th year of business for the retailer ,with further retail expansion being considered.

If you would like a "O'Neills bricks and mortar store" in your part of the world, then why not give Murphy a call.....others have.